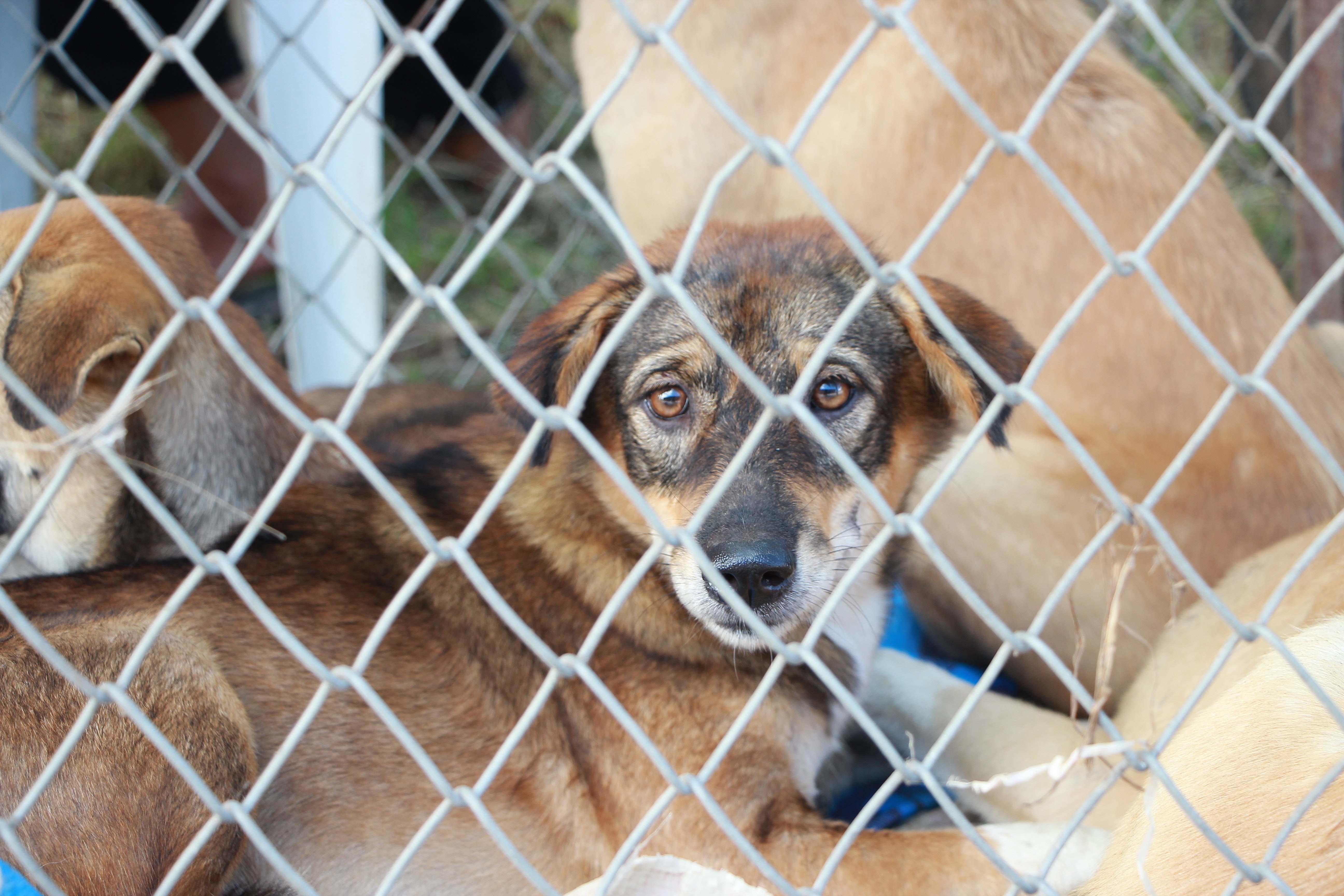 There are hosts of books, articles and internet sites giving advice on which breed to choose and which puppy to pick. However, rarely does the puppy versus rescue dog debate get an airing. As the owner of both – I have had pedigree dogs who came to me from excellent breeders at the age of eight weeks, and also several cross-breeds from re-homing centres – I can certainly tell some of the advantages and disadvantages between the two.

There’s little doubt that something happens to your heart when you choose a puppy. No matter how naughty, ugly or how expensive it turns out to be, it’s all too easy to forgive the little love quite simply because you lost your heart to it. Puppies of all breeds have faces designed by nature to be appealing. Huge eyes, doleful expressions, big heads and feet – all appeal to our nurturing instincts – it’s a baby after all! Contrast this with an adolescent hooligan barking behind the bars in the rescue centre, and the choice appears to be all too easy… but is it? Here are some myths and truths about the pros and cons of puppy vs rescue.

Puppies can be taught to fit better into your lifestyle

Well, it’s certainly true that over a period of time puppies learn your routine and how to fit in. However, at the outset, it’s nearly always the owner that has to fit around the puppy! Meal times, toilet training and supervision all take huge amounts of time, and while most people take time off work to accommodate the puppy in its early days, this means that the pup often needs to experience a second period of readjustment when their owner goes back to work.

Of course, re-homed dogs too need a period of time to learn the routine and fit in with everyday life, but in the vast majority of cases, the dog has already lived in a home and knows a little of how humans like to operate. Many are already house trained and although they may need a little reminding as to where and when, on the whole they adapt to their new way of life extremely quickly. Of course, one major advantage that goes along with this is the fact that adult or adolescent re-homed dogs have usually already had their vaccinations – unlike a new puppy – and this means that they can become accustomed to their new exercise regime straight away. This helps to establish familiar routines in double quick time and also avoids the behavioural frustration that pups often experience when they are not able to go out for walks.

Many people seem to have the idea that rescue centres are full of dogs with major behavioural problems. This is simply not true! Although some may have issues, many are in the care of the welfare centre through no fault of their own. Vast numbers of dogs are guileless victims in the outcomes of human domestic crises, such as divorce, or eviction, while some just fall foul of more mundane human problems such as allergies, or their owner needing to go back to work full time. Rescue kennels where good assessment procedures are in place can help you choose a dog which may have fallen on hard times, but will suit you perfectly. Of course, the longer a dog stays in kennels, the more likely it becomes that it may develop problems that it did not have when it came in, despite the best efforts of forward-thinking staff and volunteers. However, even this does not make it inevitable that a long-stay dog will have issues – just look at the human equivalent on TV! ‘Big Brother’ effectively keeps people in an unnaturally restricted environment, yet some folk emerge as emotionally ‘intact’ as they started, while others fall apart after only a few days.

Of course, puppies – even from the best of breeders – are not immune to behavioural problems themselves! However, these are rarely evident at an early stage. Separating nature from nurture, or genetic behaviour from that which is learned, is almost always impossible: even if all the pups in a litter have a predisposition to a certain behavioural problem, it may well be that the environment in which they are raised will reveal or conceal it. When deciding between a puppy or a rescue dog, this could be seen in two ways – on one hand, raising a puppy can give us the opportunity to spot likely behavioural issues early and act to prevent them from developing, while on the other it is possible to spot whether an adult rescue dog already has such an issue and then decide whether or not it is something that we can personally cope with.

Sue Sternberg – welfare aficionado from the USA, believes that the rescue centre is the best first stop for anyone wishing to compete with their new dog in a sport where physical soundness matters. Inherent construction problems which are nearly always impossible to spot in baby puppies can be evident in adolescent or adult dogs – and of course you can always have a good go at judging speed or athleticism too.

Puppies are easier to train?

There is a common belief that puppies are easier to train than adult dogs. Of course, there’s no one set way to train a dog and this makes comparisons difficult, however, there are some generalisations which can be useful. On the whole, starting training with a puppy is like starting with a blank canvas. Of course, this means that everything you paint on it will make a mark, and if the outcome is not quite the beautiful picture you imagined, you only have your own artwork to blame!

Adult dogs may come with pre-formed ideas about training – that it’s good or bad, fun or to be avoided. They tend to be more sensitive to stress and can be easily upset by the distractions of a class environment if they don’t feel comfortable and secure. Pups however, have much less of an attention span. They get tired quickly and need lots of short bursts of fun training to keep their concentration. Ironically, pups can be more difficult to train at home when they’d rather be chewing the carpet than listening to their owner, whereas adult dogs are often grateful for the attention.

In my experience, getting a dog from a rescue centre can lead to just as many joys as buying a pup from a breeder. If anything, the bonding process between rescue dog and owner can be even faster than between puppy and person, and ironically this may actually create some of the problems that concern people – such as over-attachment and separation distress. However, awareness is everything, and providing that we understand some rescue dogs’ need to cling on like a limpet, these difficulties can easily be averted.

As Pam Mackinnon, director of Talking Dogs so succinctly says, “Rescue dogs allow you to make an informed decision on a specific dog rather than on a general breed type. If the dog is correctly assessed, you minimise the disappointment of having a puppy who may have health or temperament issues that you hadn’t bargained on or prepared for.” All in all, a rescue dog might just do the homework for you.