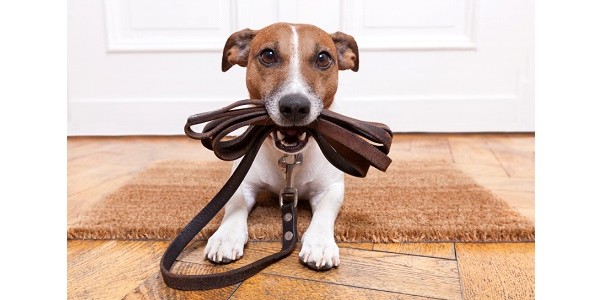 I try not to confess how many years ago it was that I did John Fisher’s original home-study course “Think Dog!” However, the effect that it had on me was utterly profound. Within only a few short months, my interest in dog behaviour went from fascination to addiction – and I started on a path which was to lead to a whole new career and a life-long passion.

Time passes, of course, but I was still a bit shocked when a student of canine behaviour I met at a recent event said she’d never heard of John Fisher – or come across any of his books or courses – and with the re-launch of  the ‘Think Dog!’ education course  – fully updated as it has been every year, and now in a whole new format – it’s important that this balance is redressed.

John was a remarkable man in many ways – not least because he came from a pretty traditional dog training background. His first real experience of training dogs was at Durham Police Headquarters – following the Home Office police dog training manual to the letter! His experiences of learning the ropes with his German Shepherd, Sabre, caused him to start questioning how dogs learn – his discovery that he had accidentally taught Sabre to limp on command when he said ‘Heel’ gives a hilarious insight into just how John was able to look at a new kind of behavioural understanding behind the training.

Times and techniques have changed – many of them directly due to John’s theories and his easy, cheerful style of writing and presentation. No one who ever saw John lecture will forget his love of Basset Hound jokes and his ability to make the most radical new theories accessible and practical. However, the legacy that he left after his sad death in 1997 was far more profound. Since then, his love of practical application has been built on, making a whole new approach to behaviour therapy available to all.

John was brave enough to radically challenge his own beliefs about dominance and rank within a domestic unit. Despite having been one of the first to present these theories as a progressive substitute for physical compulsion, John started to look again at the idea of the dog as a wolf in the home and began to believe that ‘dominance’ was a misused and over-simplified way of looking at domestic dog behaviour. Instead, he started using a sound, well-proven understanding of how dogs learn to modify behaviour problems, and this opened up the opportunity to treat dogs as individuals, with breed, type and characteristic biases – just like us!

What John always knew was that looking at behavioural problems in dogs is never a case of ‘diagnosis’. After all, this implies some kind of clinical abnormality! Whilst it’s important that we recognise that physical problems can sometimes be manifested as behavioural symptoms, the vast majority of canine behaviour problems are completely normal patterns of behaviour for the species – and are not a problem for the dog! Instead, we can finally talk about emotionality – how this impacts on the brain and, ultimately, the dog’s reactions and responses – and how this can be modified so that the dog and owner can enjoy the best possible life together.

The last few years have represented a revolution in our understanding of how every factor in a dog’s life may be making an impact on its behaviour. Early learning, and the importance of socialisation, are relatively new concepts – even just ten years ago it was fairly commonplace for dog training classes to only accept dogs over the age of six months – now we think that 12 weeks is late! Training methods have changed and are – on the whole – almost unrecognisable from those times. Indeed, when I first started showing clips from ‘The Woodhouse Way’ in lectures on training and behaviour only a few people in the audience would squirm at the distinctly forceful use of the choke chain – these days there is an audible gasp of horror! Few people now quibble with the idea of using food in training – in those long-ago days when I took my first dog to classes, I practically had to hide my food treats in shame, and was told that my dog would never respect me if I ‘bribed’ him!

Recent advancements in human psychology in the past decade have also brought about other approaches to canine behaviour. While we still have to unravel many of the mysteries of the workings of the brain, we do know that diet, stress, even odours, can have effects on the way that animals act and the ways that we can teach them. It was not long ago that the average instruction to cure house training problems was to rub the dog’s nose in its own mess – now we would consider this barbaric, and instead ask questions regarding health and nutrition, reward history, owner attachment and cleaning regimes that might be inadvertently making the problem worse.

Overall, the speed of change in knowledge and understanding of canine behaviour over the past few years has been dramatic to say the least. While we still have many more avenues to explore and theories to test, the world of behaviour and training has never been more exciting and forward-thinking. If you have ever dreamed about a change of career, simply wanted to expand your own knowledge about dogs, or feel that the time is right to update your understanding, there’s never been a better time.