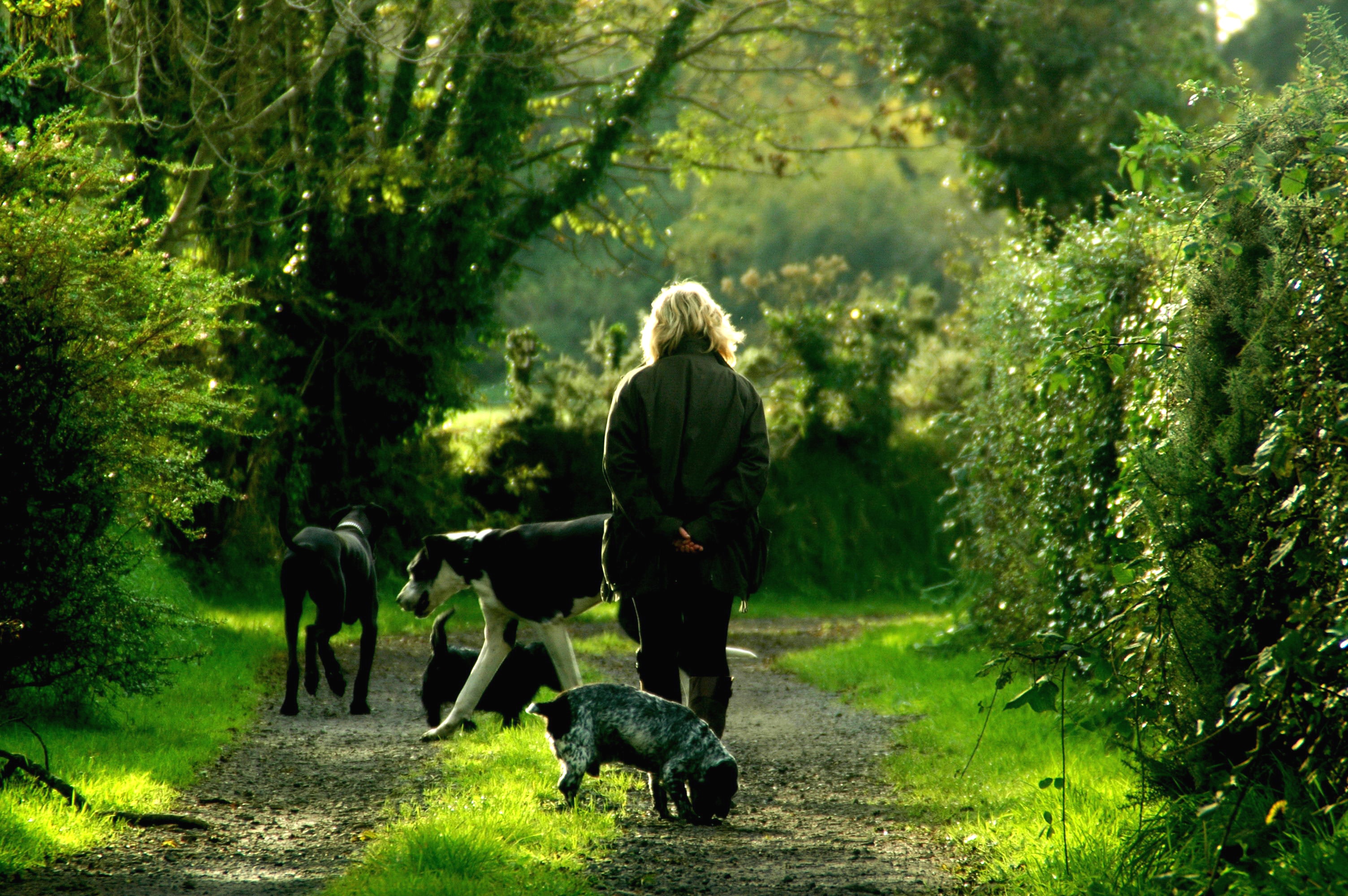 The best things I ever trained my dog to do

It’s ironic. You spend hours and hours training your dog to do some highly complex and impressive trick, but your friends are most impressed with the basic thing that you taught them to do in a spare five minutes! I should know. Some of the things that I have trained my pets to do are (if you’re in the know) extraordinary. Teaching Windsor, my Golden Retriever to yawn on cue took time, patience and some inspiration from both him and me – and yet, strangely, it looks like nothing special to the uninitiated! Teaching Tao – my urban Dingo, as I call her – to sneeze on command – was even more difficult – and yet do these things inspire gasps of admiration from friends and family? Well, sometimes… but what really seems to go down well are the real basics – and boy have their proved their worth over the years.

Quite different from a formal stay, settle down simply means chill out and relax until we do something else. It’s probably the most useful thing I’ve ever taught my dogs and I use it everywhere – in the vet’s waiting room, when visiting friends, while waiting for our turn in training – you name it. I even use it at home, when other people come to visit or I want to get on with some work when the dogs would really like to play. Settle down allows the dog to choose its own position – as long as it’s lying down. It can be in their beds or just on the floor, but it should be relaxed rather than ‘sphinx-like’ and ready to leap into action. Most dogs choose to lie rolled over on one hip or on their sides, but this is not something which I insist on – it’s the dog’s choice.

How to teach the settle down

For most dogs, the easiest way to teach the settle down is in front of the TV! Put the dog on a lead – one that you don’t really value too much – and sit down to watch something you like. Hold the end of the lead in your hand, and put your foot on the middle part of it, so that the lead, rather than the dog, is anchored to the floor. The dog should have enough length of lead that he can sit up and turn round, but not move about too much. The idea is that you restrict his options so that the sensible course of action is just to relax next to you. While the dog is working this out, the essential part that you play is simply to be a calm, stable anchor-point: nothing else. Do not talk to the dog, or touch him all the time he is standing up, looking around or being active in any way. To begin with, many dogs try to get your attention by being restless, chewing the lead (hence it’s sensible to use one that you don’t mind having a few tooth-marks in it), and it’s important that you ignore it all. Gently praise your dog when he settles down, but calmly – don’t give your dog the excuse to leap to his feet and get excited once again. Watch at least a half-hour programme, or read five chapters of your book, to give your dog the idea that he’s chilling out, not waiting in expectation of something exciting. Give him a chew toy or Kong to keep him amused only if he really doesn’t settle on the third training session or is being thoroughly obnoxious (chewing things he can reach that you can’t ignore or barking for example.)

Using this calm system (where you get to relax as much as your dog!) is highly effective, and has knock-on benefits – primarily that your dog learns impulse control at the same time as a useful exercise.

Strictly for the lazy, this one. In a moment of inspiration, I taught my little crossbreed to run round me in a circle. The idea was that it helped to get her in close when practising competitive heelwork and also allowed her an outlet for her Collie desires to herd. However, having asked her to show someone the trick one day after she came in from the garden, I made a great discovery: it effectively meant that she wiped her own feet! I’ve now taught all the dogs that stay with me this trick – and it saves a lot of time and energy. They seem to enjoy it too.

3. Stand still to be dried or handled

A little known fact is that my first ever brush with the professional side of the canine world came in the shape of dog shows! I showed my first Golden Retrievers, with a little success – especially in Junior handling competitions. Little did I know at the time, but all the ringcraft training I did with my dogs had an almost miraculous effect – not only did they never pull on the lead, but they also stood perfectly still for veterinary examination and grooming. Of course, dogs that go in the show ring have to learn to stand still for the judge to go over them and look at their teeth. With positive training they learn from an early age that this is pleasant and simply to be accepted as a part of everyday life. Many dogs these days are handled so rarely and by so few people that when handling or examination becomes imperative, they simply can’t cope. Little and often repetition builds confidence, and teaching the dog that simply standing still is an exercise in itself seems to be the key.

4. Sit politely while I put your lead on

There is nothing more annoying than getting out the dog’s lead only to have the beast in question go berserk and act like a dog possessed. I know owners who have to practically fight the dog to get the lead on while it jumps and leaps all over the place, and then they wonder why the dog pulls like a train as soon as it gets outside! Sitting quietly to have the lead put on is basic doggie manners, and there’s no excuse for impoliteness when a human is about to make the effort to take the dog out! If you have a dog that takes on the persona of a demented Tigger when he sees the lead, simply getting the lead out and putting it away again hundreds of times until the dog offers a calm alternative behaviour, is a highly effective – if somewhat tedious – cure. However, using a treat to lure your dog into the sit while you attach the lead is a quicker way, which with time and repetition will rapidly become a habit, and one that you will like a lot more.